Login
Cart 0
No products in the cart. 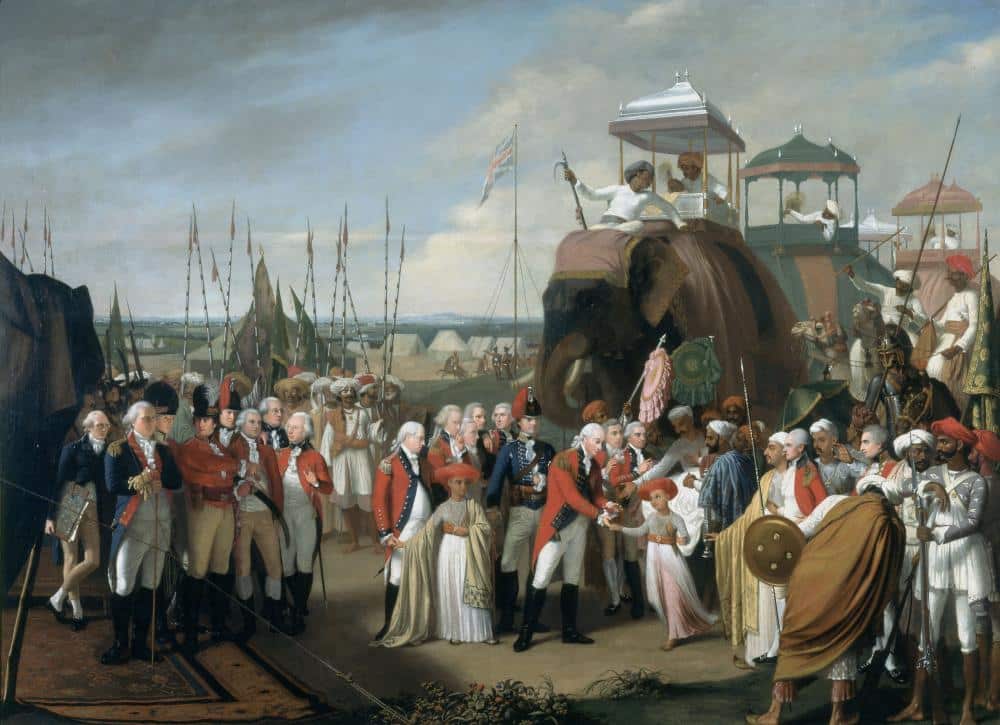 THE HISTORY OF TEA IN INDIA: THE PLACE WHERE IT ALL BEGAN

Tea, one of the most widely consumed beverages after water in the world, has a complicated history. Although deeply embedded in Chinese culture, the history of tea has strong roots in India that cannot be ignored. Its importance remains strong, so to this day tea is the most popular drink in the region.

THE STORY OF TEA

The journey of tea in Indian culture was long. From its use as medicine in the 18th and early 19th centuries, to becoming India’s favorite beverage, today tea is an essential part of India’s. Nowadays, India consumes the most tea in the world. Furthermore, India is the second largest producer of the tea in the world.

The making and planting of tea began in India in Assam in 1840. But in 1841 the planting of the tea had also started in the high mountain regions of Darjeeling and Kangra, and there the tea grew much more healthily. Today the darjeeling tea is one of the most famous and preferred teas worldwide.

At first, tea was considered a valuable commodity and was strictly only available for export. As production increased and prices decreased, the Indians began to drink tea more frequently. It soon became an obsession, and the whole world saw it later.

So in India tea is called “Chai”. Chai means tea in Hindi and other South Asian languages. Its origin is the Mandarin Chinese word “cha”.

Tea was introduced to India by the British. Of course, the Indians also drank their tea with milk and sugar than the British. But over the years it has been changed through many subcontinental adjustments and improvements.

Indian tea / chai is stronger than normal. It’s milky and sweeter than any British tea. There are also many variations. In fact, different regions of India have their own unique types of their tea. Some of the most sought-after options are the Cutting Chai from Mumbai, the Irani Chai from Hyderabad and the Delicate Pink Kashmir Chai. However, the masala chai may be the winner because it is the most popular and widely consumed Indian tea.

Masala Chai is made by boiling strong black tea grains with milk, water and lots of sugar until it is almost a syrup. So in some recipes, some broken ginger (adrak) is added and a few broken cardamoms are included for full flavor. Then cinnamon and black pepper are added to create the familiar taste of masala chai. The resulting sweet, tangy drink is served hot in a glass or, if possible, in an earthenware mug for a better taste.

THE IMPORTANCE OF INDIAN TEA

It is widely regarded as a street drink, but its importance should not be neglected. There is no doubt that he was one of the major forces in driving the globalization of the world economy. People love it almost every country in the world, especially India. Although tea does not originate from India, the country has soared in popularity.


It is said that no Indian can live without a masala (root). This is why the masala has been introduced and became an important part of the culture and of the individual. In India, tea is more than just a cup of tea to start the day. The full, sweet, milky drink is a ritual to start the day and is an essential part of life.


The ritual of drinking chai transcends all boundaries between all social classes. Every Indian seems to be linked by roadside chai vendors, also known as “chai wallas”. In addition, many state-of-the-art luxury chai restaurants are operating across the country, mostly in large cities.

Indians take chai as a way of life. Chai is undoubtedly the most important part of Indian culture and norms. No household, workplace, or event is complete without chai. In addition, Indians also take chai as a spiritual drink whose roots are supposedly linked to Buddhism. That said, the Indian chai industry is a source of employment for many families.


Several varieties of Indian chai have received worldwide acclaim for their coveted properties. No other tea in the world can replicate these properties. The Indian tea leaf and Indian chai recipes are praised all over the world. This makes India the fourth largest tea exporter in the world.

INDIAN ROLE IN THE HISTORY OF TEA

The Chinese are said to be the first tea merchants when they started trading in Tibet. They later expanded trade with the Arabs, Turks and Indian nomadic tribes in the Himalayas until the 8th century AD. The tea was traded to India via the “Silk Road” (an ancient route through the Himalayas). However, the spread to the western world was gradual, reaching European soil in the 16th century and eventually spreading to Great Britain in the 17th century.

Documented evidence of tea consumption in India goes back to 750 BC. BC Tea drinking in India has developed since the earliest times and is now well advanced.

Although the Camellia Sinensis plant is native to India and grows in the wild, its true value was only recognized years later. Indians sometimes used the leaves as part of their diet. Mostly it was used for its medicinal properties. Indians also used tea leaves in cooking long before they turned into what is now known as chai.

UK ROLE IN THE HISTORY OF TEA

Tea is now an integral part of everyday life and was officially introduced to the Indians by the British. The origin of tea in India is due to the British who wanted to overthrow China’s tea monopoly. The British found that Indian soil was extremely suitable for cultivating these plants.


Evidence of local plants was a good indication that the soil was suitable for planting Chinese seedlings. Initially, the Assam Valley and the high mountains of Darjeeling were chosen as locations for planting. However, the British soon realized that the local Assamica tea plants were far better suited to the region than expensive Chinese Sinensis tea. After many unsuccessful attempts, tea production began to boom in India. Tea production began on a large scale after the quality of local tea was found to be, if not better, Chinese. Thanks to the British Raj, India was and remains one of the largest tea producers in the world after China.


Over the years, tea drinking in India has evolved in different ways and varies from region to region. In the beginning it was considered the drink of the royale. But now tea has become a favorite among all social classes as India leads the world in tea consumption. From the humble roadside and railroad tea stands to the boardrooms of corporate and luxury restaurants, tea is available 24/7 in India regardless of location. Whether it is a cup of sweet and refreshing chai from a street vendor or the masala chai in northern India, the selection of teas is very diverse.

THE LEGEND OF TEA

Like every famous drink in the world, the origins of chai are steeped in legend. There is a story that says an ancient Indian king had difficulty staying vigilant during long court sessions. By boiling the leaves of the tea plant with water and spices, the king remained alert and became an effective ruler, and so the chai was born.


Over the next few centuries, travelers and traders from Gujarat, Maharashtra and Bengal bought the tea and spices and added them to the high quality milk of their regions. Due to increased cross-border trade, the sweet and milky chai soon became people’s favorite drink, and this tradition continues to this day.


The British also coined chai. Typically, the gently spiced masala chai is still served as an afternoon snack along with toast, reuniting the British and Indian tradition of drinking tea.

THE HISTORY OF TEA MAKING – FROM THE FIELDS TO OUR CUPS

The chai that we drink as the end product goes through a strict plantation and production method.

“Crushing, Tearing and Curling”, also known as CTC, is an industrial method for making tea. However, this method damages the taste and aroma of the tea, resulting in poor quality.

To ensure the high quality of the tea, the traditional methods of resting, rolling, oxidizing, drying and sorting are used.

The packaged tea is then distributed around the world as well as within the country itself. Different brewing methods are used for chai and different recipes are famous. However, the most famous masala chai is brewed with hot milk and sugar. Later the spices like cardamom, clove, ginger and cinnamon are added for the desired taste and aroma. Finally, the delicious chai is poured into the cups for serving.

We pride ourselves on using natural, organic, and ethical ingredients from the Kerala hills. Alex and I have visited India, met hardworking families and tried our best to bring the real Indian Masala Chai that is rooted in Asian history. Premsoul has also been supporting local farmers and spice dealers since day one.

Join the Premsoul community! Get the latest news on our newest creations, blog posts and exclusive gifts!
X
0
Continue Shopping
Your cart is emptyRETURN TO SHOP